Mean and Standard Deviation should be presented in parentheses:

Percentages are also most clearly displayed in parantheses with no decimal places:

Nearly half (49%) of the sample was married.

Chi-Square statistics are reported with degrees of freedom and sample size in parentheses, the Pearson's Chi-Square value (rounded to two decimal places), and the significance level:

T Tests are reported like chi-squares, but only the degrees of freedom are in parentheses. Following that,

report the t statistic (rounded to two decimal places) and the significance level:

Regressions are reported with: R², F value (F), degrees of freedom (numerator, denominator; in parentheses separated by a comma next to F), and significance level (p), β. Report the β and the
corresponding t-test for that predictors for each predictor in the regression:

Multiple regression analysis was used to test if the personality traits significantly predicted participants' ratings of aggression. The results of the regression indicated the two predictors explained 35.8% of the variance (R²=.38, F(2,55)=5.56, p<.01). It was found that extraversion significantly predicted aggressive tendencies (β = .56, p<.001), as did agreeableness (β = -.36, p<.01).

ANOVAS (both one-way and two-way) are reported like the t test, but there are two degrees-of-freedom numbers to report.

report the F statistic (rounded off to two decimal places) and the significance level: 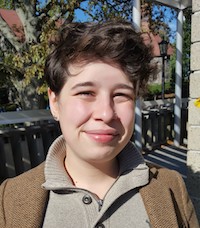