This landing page will continue to rotate to highlight different racial justice movements. Currently, we feature content about recent racialized violence against Asians, as well as throughout U.S. history. The goal of these resources is to provide context for the racialized violence against Asians in the United States, explore its impact on the health sciences, and aid in unlearning these harmful practices. 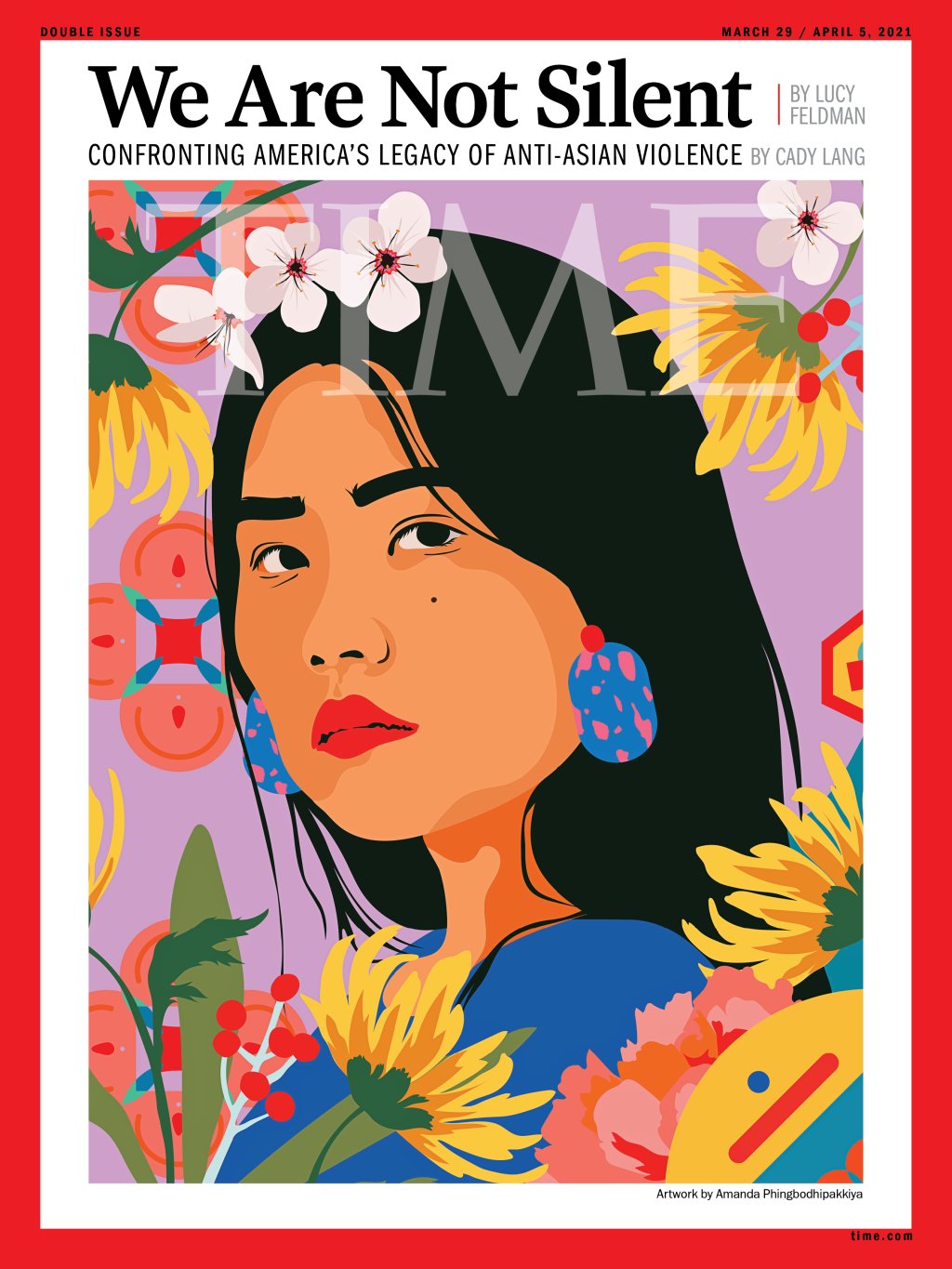 March/April 2021 Times Magazine cover. "With Softness and Power" by artist Amanda Phingbodhipakkiya. See the artist's Instagram for post about the cover.

On Tuesday of March 16, 2021, 8 people were murdered in Atlanta, GA at two separate Asian spa locations. 6 of the 8 who were killed identified as Asian and all but one were women. While not all who were killed identified as Asian, many have voiced that these murders happened because a white man targeted Asian women specifically to eliminate his sexual temptations. (More reporting can be found online at the New York Times through this link).

These murders, however, are not the only violent acts that have been perpetrated in Asian communities. As the organization Stop AAPI Hate reports, out of the reported incidents alone, there have been 3,292 incidents in 2020 and 503 incidents that have occurred thus far in 2021 (for the National Report from Stop AAPI Hate and more, visit their website). This violence towards Asians have ranged from spitting, verbal abuse, death, and more. From the stabbing of a 36-year-old man in New York City's Chinatown, to elder Xie Xiaozhen being punched in the face by a white man in San Francisco, to the murder of elder Vichar Ratanapakdee also in San Francisco, to children as young as 2 and 6 years old being stabbed at a Sam's Club in Texas, many reports have gone viral. Furthermore, while these attacks have mostly occurred in East Asian and Southeast Asian communities, for decades, the Middle Eastern and South Asian communities have been targeted due to the 9/11 tragedy. Most recently, the Sikh community was attacked in Indianapolis where 4 of 8 victims identified as Sikh. Many more Asians have suffered attacks without their stories being reported or cared about in mainstream media, at their schools, and at their workplaces.

These incidents of hate and violence are not happening in a vacuum. This landing page hopes to provide resources to aid in learning about how racialized violence against Asians have existed in the fabric of the United States, as well as how that impacts health disparities in Asian communities across the United States. Furthermore, this page and guide hopes to help highlight parallels between the sufferings of other marginalized identities in the United States in order to recognize the fact that all those who are minoritized are being harmed under the same systems of oppression of white supremacy.

Transcript for "When Coronavirus and Xenophobia Spreads like a Virus"

Transcript for "Why Are We Here?"

History of Racialized Violence Against Asians

While there is more research being conducted on the various Asian communities within North America in recent years, literature on documenting anti-Asian racism in the health sciences is still sparse. These are some of the articles found. If you have any suggestions on relevant articles, please feel free to suggest them in our survey.