Understanding Exposure for Photography and Film

Shutter Speed controls how long your camera's censor is exposed to light. therefore, the Shutter speed is measured in fractions of a second. 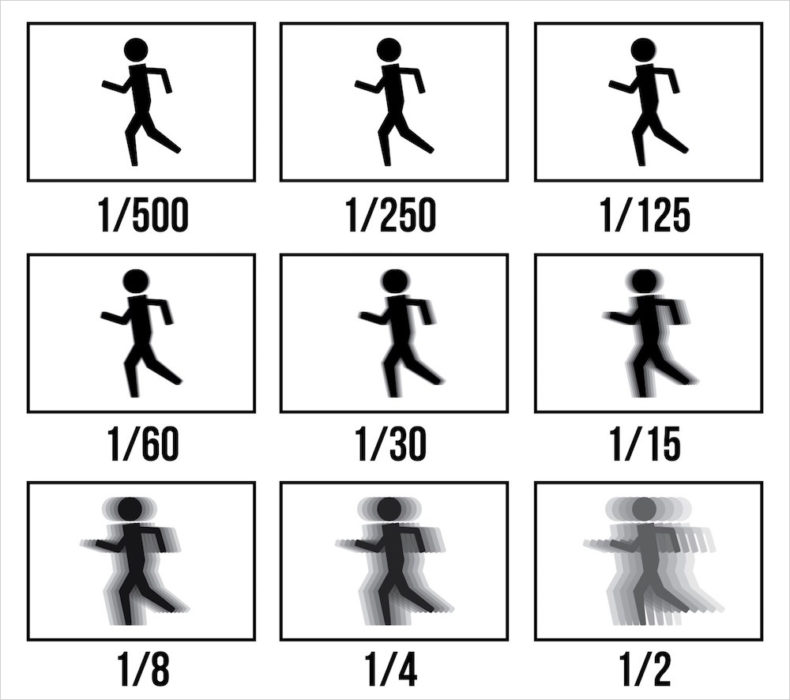 As indicated in the diagram above, a shutter speed of 1/500 equates to the camera's shutter opening for one five-hundredth of a second. As the shutter travels down to 1/2, the shutter is open for half a second or a longer period of time. The shutter range for this camera is 30" - 1/4000 (as long as 30 seconds to as little as 1/4000 of a second).

This relies on multiple factors. For instance, if you want crisp images of moving objects like in sports photography, you'll want a short shutter speed at 1/500 or even faster. However, in order to get that crisp image, you must compensate by turning the aperture as low as possible and increasing the sensitivity of the ISO (more information in the next tab) to combat the dark image that comes with a fast shutter.

On the other hand, you may want to adjust the shutter speed to compensate for an overexposed image when achieving a shallow depth of field as mentioned earlier.

What would happen if I chose to use a slower shutter speed such as 30 seconds? 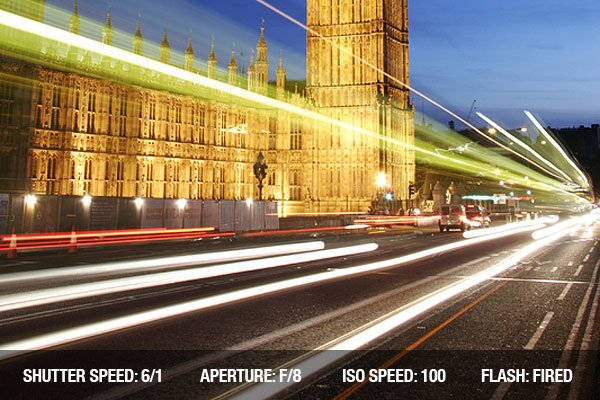 Another common technique is "light painting" or using a light to create an image that the camera will capture using long exposures: 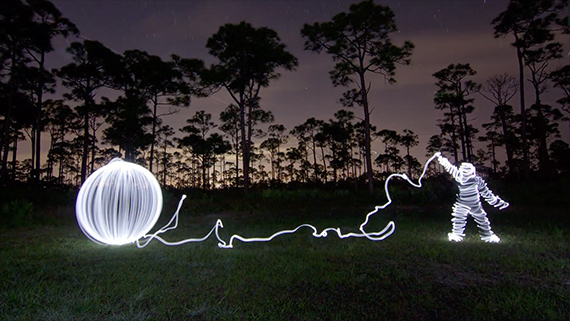 Finally, many people also use long exposures to create interesting portraits such as this one: 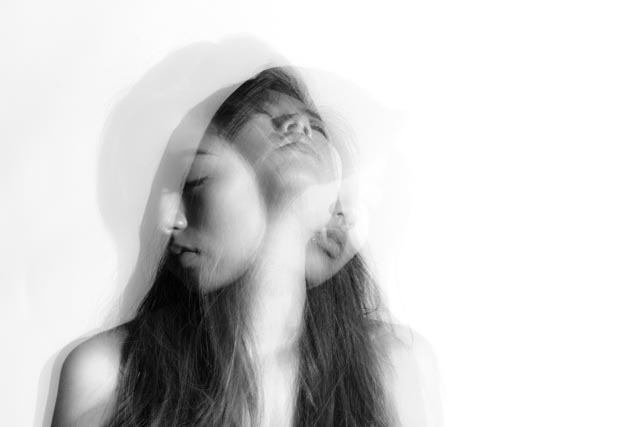 Shutter speed has a different relationship to exposure in videography as it does in photography.

When filming video, your shutter speed is dependent on what is called your frame rate. Frame rate refers to how many images the camera captures each second. The most common frame rates are 24 fps (frames per second), 30fps and 60fps. Multiple images being played back in one second creates the illusion of motion.

The "playback" part is where shutter speed becomes important. You want your shutter speed to be double the frame rate to give the appearance of smooth motion, hence the 1/48 of a second speed for 24 fps. Essentially what this means is that the shutter is open 1/48 of a second on each frame as it is being captured. You want the shutter speed to be double the frame rate in order for all frames to be exposed evenly in that one second. Imagine a film reel passing through a camera and light being exposed as it passes through.

This is why old film cameras had a crank, in order to expose each frame on the strip of celluloid film evenly. Modern digital cameras, like this one, do this automatically.

Your camera comes set to 24fps. Therefore, your shutter speed should be set at 1/50 (this is the closet setting to 1/48). You can adjust the shutter speed by moving the dial to the right of the LCD screen on the back of the camera.

What happens if I set my shutter speed to something other than twice my frame rate?