Want to discover the books that Tisch Library has on your topic?  Search by keyword, subject, or author/creator in JumboSearch, which simultaneously searches across all of the library's resources, including both print and eBooks. After you've entered your search terms, use the resource type limiter on the left side of the page to select Books.

These resources include full-text copies of books published before 1923, which is especially useful for books that are currently out of print.

Finding Books in the Library

Below you will see the floor plan of Level 1 which is downstairs and where the majority of the books are shelved.  The books are arranged by call number starting with A and the snaking their way around the floor.  Each stack end is labeled with the first and last call number so all you have to do is figure out if your call number falls between them!  Once you get the idea you won't need a floor plan to find your books. 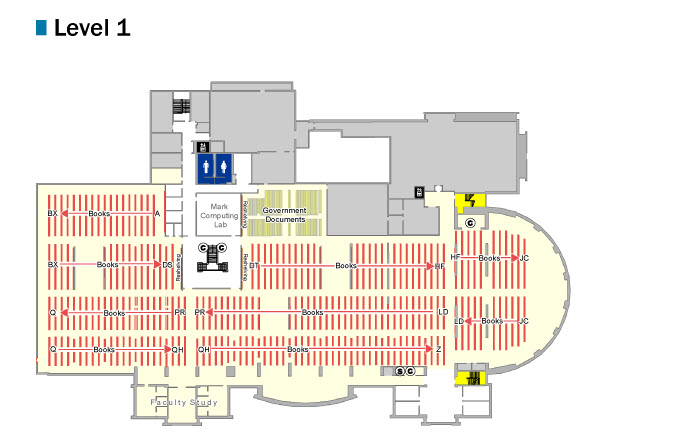