An introduction to Graphic Medicine.

Our Graphic Medicine collection is classified using the National Library of Medicine call number system. In the rare instance that the subject matter was generic and/or lacked specificity, the item was classified as either "pictorial work" under its respective subject heading (i.e. WL 17), or under WZ 336 (Caricatures/ Cartoons).

What is Graphic Medicine?

Graphic Medicine refers to any comic or graphic novel that aids in healthcare communication. Dr. Ian Williams, a physician and an artist based in Brighton, UK, created GraphicMedicine.org in 2007, and in doing so coined the collection name Graphic Medicine, "to denote the role that comics can play in the study and delivery of healthcare” (n.d., para. 1). In 2010, MK Czerwiec (known as the Comic Nurse) joined Dr. Williams to co-manage GraphicMedicine.org. The site has since grown to include multiple contributors, serving as a platform to organize, facilitate, and promote this increasingly popular genre by introducing the public to the usefulness of the comic and graphic novel in healthcare communication.

Although Graphic Medicine as a collection is relatively new, medical comics date back to the 1940’s during the golden age of the comic book. But it was not until the 1960's that the "comic memoir" was born in San Francisco's counterculture publications, where comics for adults first emerged; it is from this genre that Graphic Medicine truly originates. There were single publications of graphic memoirs dealing with health throughout the decades, but the use of this medium in healthcare has only recently gained momentum and drawn international recognition.

Some examples of the topics that are covered include: anorexia, mental health, breast cancer, refugee healthcare, childhood trauma, hearing loss, and overmedication. Graphic Medicine may be utilized by the medical student or professional; by patients in preparation of a medical procedure, or in their time of convalescence; furthermore, it may serve as a space where open communication can take place, divulging the personal and social difficulties of patient’s dealing with cancer.

Williams, I. (n.d.). Why graphic medicine? Retrieved from http://bit.ly/2vF7vTg 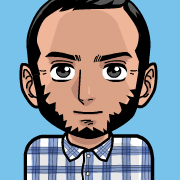