Due to the condition of the volumes, readers are strongly encouraged to make use of the digital surrogates. These facsimiles, made from Tisch Library's copy, are available freely to read and download, in multiple formats, in the Internet Archive.

Link to Volume I 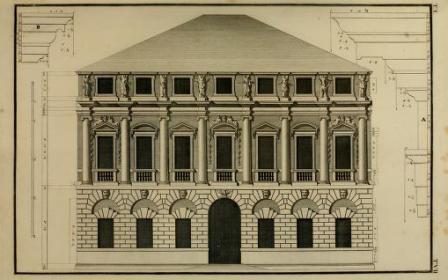 From the bookseller's catalog:

Originally this work was meant to be accompanied by English and French translations, which never were written. Bertotti Scamozzi was an Italian architect whose work was heavily influenced by the Palladian revival.